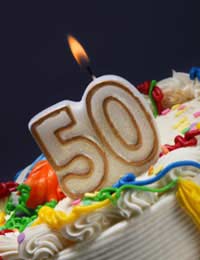 There are many anniversaries that people observe. Wedding anniversaries and the anniversaries of a loved one's death are two of the most common types of anniversaries observed in the United Kingdom. When others remember an anniversary and send a note, organise an event or simply offer some kind words it is polite to send them thank you letters.

Format of an Anniversary Thank You Letter

Anniversary thank you letters tend to be heartfelt messages so formal business letter formatting is not appropriate for these messages. The addresses of the letter writer and recipient can be left out, and formal salutations and closings can be avoided if preferred. It is nice for these letters to be handwritten on paper, notecards or even in commercial thank you cards, however if electronic communications are common between the letter writer and recipient then sending letters via email or e-card might also be options. Enclosing pictures from an anniversary event or attaching letters to small thank you gifts are always nice ideas. If letters are to be posted or hand delivered, the delivery should be timed so that they arrive no later than one week following the anniversary or anniversary event.

Sample of an Anniversary Thank You Letter (Wedding)

07 October, 2008Dear Mum and Dad,Ross and I just wanted to say thank you again for the amazing anniversary party that you threw us. Ten years of marriage certainly is a big deal, but we never imagined that you would hire out a ballroom and organise a gala dinner for us! We had a brilliant time catching up with all of the guests who were at our original wedding reception, and seeing a recreation of our wedding cake certain brought tears to my eyes (Ross' too though he won't admit it!). It was a magical night, and so very generous of you both to arrange it for us. Thank you again.

Thank you for your kind note. Though the anniversary of Tom's death is always a hard day for me, receiving messages like yours certainly makes it a little bit easier. This year I brought tulips to the cemetery - just like those on your card! It was so good of your to remember me. Thank you again.

Thank You Letter to Staff After a Stay in Hospital

Thank You Letter for Baby Shower

Letter to Thank for Attending a Performance